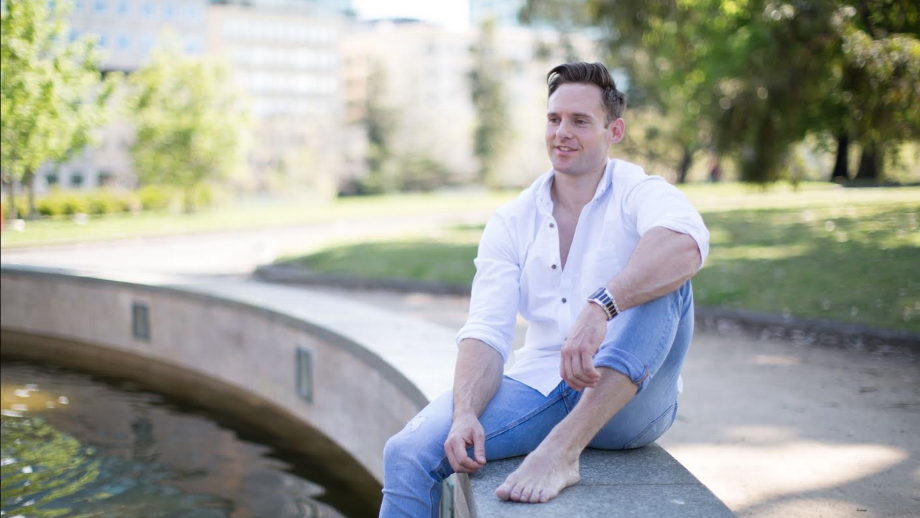 Body image issues. Appearance pressure. The modern man. Yes, you read that right - because they’re all things that go together. Body image issues are a growing, yet all too often silent, epidemic when it comes to men’s mental health. It’s a concept we might at first be quick to dismiss given more traditional stereotypes around masculinity, and yet in some ways it’s that exact misnomer that has kept things flying under the proverbial radar. Research in recent years shows a disturbing trend toward young men facing increasing expectation and pressure around not only what it takes to be a modern man, but what it takes to look like one too.

Concerns around body image and appearance pressures are unfortunately nothing new. Traditionally however it’s a topic that medicine and psychology have largely focused around the very real (and very wrong) appearance and body related pressures that continue to be placed upon women. And for good reason. Overall, women continue to take the brunt of societal expectations and pressure when it comes to appearance, weight and body shape. Body image pressures and anxiety around appearance are something increasingly on the mind of the modern man however too. Alarmingly, these concerns seem to be hitting our teens and young men the most. Moreover, this isn’t just something on the minds of men, but something that’s beginning to weigh increasingly heavily on those minds as well.

Psychologically, the term ‘body image’ defines not only how we view our body and appearance generally but also how that physical impression comes to merge with our sense of identity, self worth and wellbeing. As a construct it’s not without its complexity (like everything in psychology I hear you say), and in a way that goes without saying. Research into how we build a sense of body image, and how we feel about it and ourselves therein, often find multiple layers involved. Societal expectations, gender dynamics, friends and family, the media, our own personal history and potentially even our genetics have all been found to be involved. Having a positive sense of our body and our ‘image’ of it alongside is most often found to correlate with self-acceptance, self-compassion and a sense of integration between who we are mentally and physically. Dissatisfaction or struggles with our sense of self when it comes to appearance are common, and most often arise when both external and internal thresholds for how we feel we need to ideally look are perceived as unmet.

Overall, appearance related expectations within society and the media have increasingly set their sights upon the male body in recent decades. Within the juggernauts of fitness culture, merchandised wellness and product marketing, today’s man is sent ever-louder messages around not just whom he must be but how he must look to obtain success, acceptance and worth. Research shows a significant rise in visual marketing for men utilising images of the male body, often with lower body fats and higher muscle mass compared to average. Comparisons of toy figurines marketed to young boys show an increasing trend toward body proportions with waist, chest, and shoulder and arm sizes not physically possible for humans. Rising engagement with fitness related online and social media content means many men are exposed daily to concepts of an ideal physique far skewed from actual averages. Images of the male body used within marketing and social media are increasingly found to promote unrealistic expectations after photo editing and image manipulation. Earlier and earlier, men are being sent an increasing message that their worth now lies not just in how they act but also how they look.

Studies show that as we’ve moved through recent decades, more and more men are feeling uneasy about whom they see looking back at them in the mirror. More men are feeling unhappy with their appearance, and outline an overall sense of dissatisfaction with how they look, when compare this to any other time in history. Whilst studies show it’s incredibly common for both men and women to have a least one aspect of appearance they’d prefer to change, rates of young men feeling significantly unhappy with their body appear to be growing. Many find that up to 50% offer feeling significantly dissatisfied with some aspect of appearance. For concerns around muscularity, body fat levels, chest size, arms or body shape the stats are often higher. Studies repeatedly find that young men, on average, feel they require significantly more muscle and lower body fat to achieve their ideal appearance. Men often overestimate the gap between their current body and the ideal physique with regard to finding a potential partner. In one study, university aged men felt on average that a whopping 11kg of extra muscle and 3.5kg less body fat were what stood between their current and ideal physique.

Alongside well established research into the impacts of appearance driven pressures and body dissatisfaction for women, research into the impacts for men are less than reassuring when it comes to the mental health of our boys and young men. A greater sense of importance of appearance to self worth, and lower body satisfaction overall, is often correlated to increased rates of depression, anxiety disorders, eating disorders, obsessive compulsive disorders and in some instances the need for treatment for alcohol/drug abuse. At the more severe end, body dissatisfaction can lead toward significant eating disorders in the form of binge eating disorder, bulimia nervosa and anorexia. Where once the numbers of men presenting with forms of eating disorder were rare, statistics show the rate of increase in men presenting with eating disorders is now faster than rising rates in women.

For men, body dissatisfaction often appears to centre specifically on muscularity, body shape and “leanness”. Once dubbed the ‘Adonis Complex’ or ‘Reverse Anorexia’, rates of men presenting with a specific form of Body Dysphoric Disorder centering upon size and muscle mass have grown sharply. Termed ‘Muscle Dysmorphia’, the newly added diagnosis to psychiatry’s Diagnostic and Statistical Manual of Mental Disorders V (DSM V) outlines a condition where perceptions of the body as insufficiently muscular, lean or proportioned are paramount. Men (and women) with the condition find themselves increasingly preoccupied with thoughts around body dissatisfaction and have significant distress and impaired functioning in other areas of life due to constant comparison to others, grueling gym routines, rigid diets and (often) avoidance of being seen by others. Risks to physical health arise not uncommonly from use of anabolic agents and various compounds to maximise muscle gain and push body fat percentages ever lower. As opposed to fitness related or healthier means of body related pursuits, those with Muscle Dysmorphia experience a significant sense of distress, anxiety and fear related to their goals. This is an important distinction; for many men fitness and health related lifestyles bring notable health benefits and are aligned with a positive self-image. Rather than demonizing health and fitness culture, or related aspects of appearance, the line between passion vs pathology likely lies in whether these drives bring more positive than negative into someone’s life and wellbeing.

Sources (as always) are multiple and complex when it comes to new trends in body image struggles for men. Changing norms and expectations around health and fitness have taken both sexes on board, and it’s likely that a seamless wave of advertising and social media exposure has blurred the line between brawn and boy. Just as women continue to be bombarded with messages about eternal youth and beauty, so too now are men informed that ‘man’ also means muscularity, shrinking body fat and the perfect shoulder to waist symmetry. And while research and studies often outline growing impacts of appearance related struggles for men, continued stigma and conflicting norms around masculinity continue to hide the problem. Men consistently present for help with mental health struggles far less than women, and when it comes to body image or eating disorder related diagnoses this divide is far larger. While clinical presentations of men with disordered eating and Muscle Dysmorphia remain relatively rare, anecdotal and research related evidence shows that sub clinical forms and those who never present at all are likely much higher. As pressures around masculinity slowly change, young men in particular find themselves increasing caught between narratives that tell them to both care and not care about their body at the same time.

As with much of men’s mental health and wellbeing, our first move lies in speaking up and out. Growing research and clinical awareness for the impact body image plays in a man’s identity and mental health continue, and it’s vital that traditional views of body image as only being relevant to women’s mental health start to fall. As body image issues continue to assert themselves as important factors in men’s mental wellbeing, it’s key that young men know they’re not alone and that help is out there. Just as for women, it’s important men can find and feel a sense of well being and inherent worth that has nothing to do with their appearance. In a world no longer telling men how to be, but now increasingly how to look while they’re at it, our growing move to support men in their mental health must include what it means to be a man from the outside as well as the in.